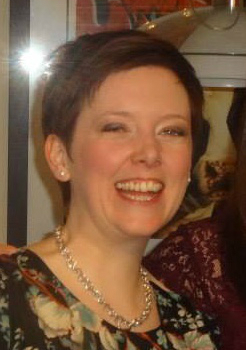 My name is Frances Doherty and I first heard of Sands in October 2014 when our son, Charlie, was stillborn. From that moment on my husband and I entered a world we did not previously know existed. Our son’s death was not something that had ever crossed our minds and we were at a loss as to where to start. Thankfully we received amazing care whilst in hospital from staff who were able to advise and guide us through our darkest days.

After leaving hospital it was only a matter of days before I contacted Dumfries and Galloway Sands via e-mail. I was not quite sure what I was expecting but I knew that we needed to speak to someone and I thought this would be a good place to start. Roger and I met with 2 befrienders in the following weeks and we have been in contact with them ever since. The care and reassurance given to Roger and I inspired me to want to get involved with the charity and try to help others in the same way. No one understands what you’re going through like someone who has been there themselves and it was for this reason that I decided to do my befriender training in September 2017.

Dumfries and Galloway Sands does not only offer a listening ear but they also work closely with hospital staff in order to ensure the best possible bereavement care for families. I will be forever grateful to them for the help and guidance we have received since coming home but also for the help they gave us before we even knew of their existence.