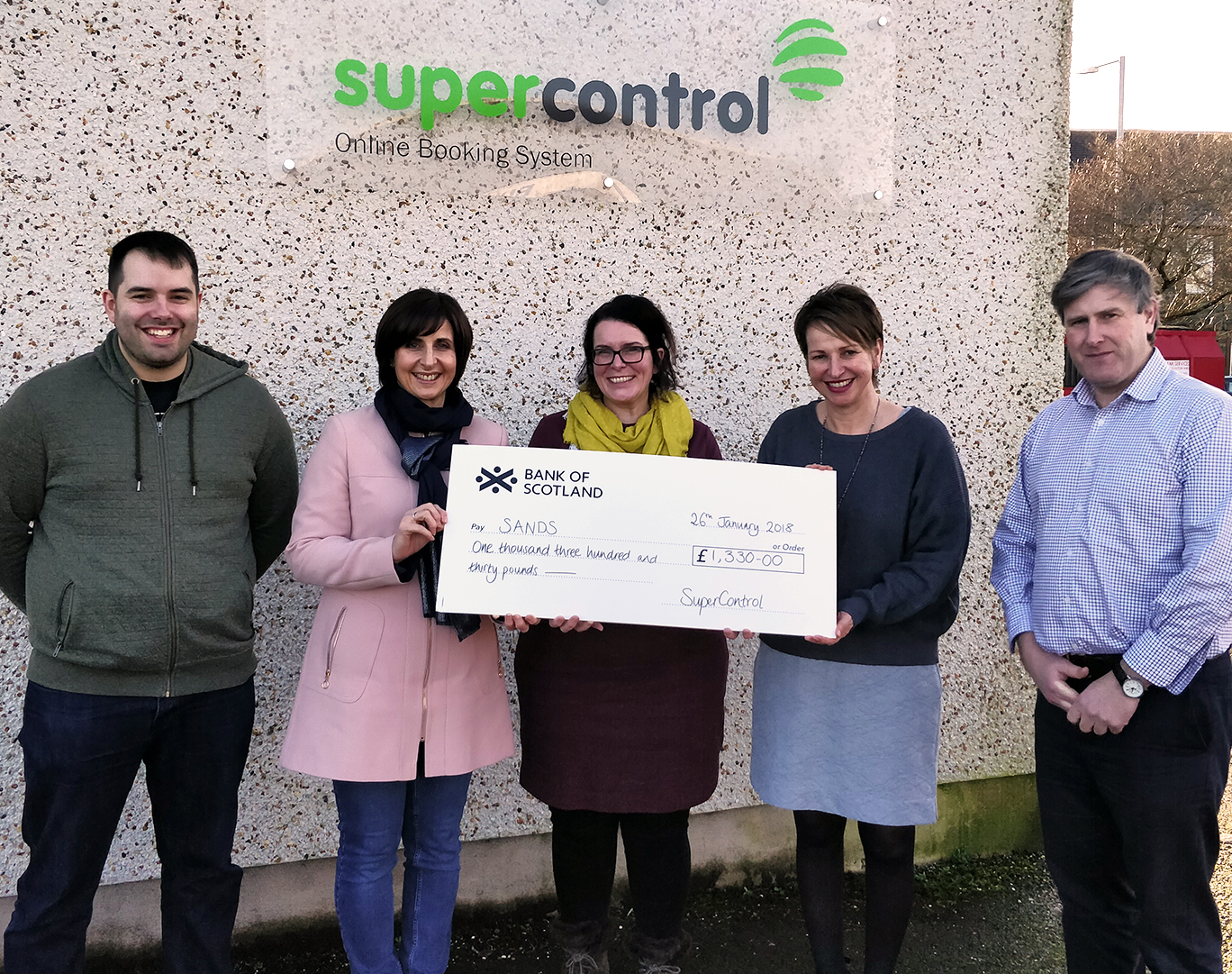 The team of six – four based at SuperControl HQ in Castle Douglas and two from the company’s office in Poland organised some fun challenges to raise funds for this worthy case, including a race day at the office and a 630-mile virtual cycle race to Eindhoven in the Netherlands. 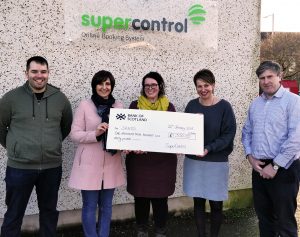 Team member, Jo Blaylock, explains, “Our committee’s term started in September 2017. We wanted to do something fun which everyone could get involved in, and to create some healthy competition along the way.

So, we chose a halfway point between both offices (Eindhoven), mapped our journey and the two teams set off (one exercise bike for each office) on a virtual cycle race to see who reached the finish point first. The Scotland team won!”

The team also organised a race day at work, where colleagues dressed up for a day at the races and enjoyed a little flutter and participated in a running race around the building – on mops and brooms!

SuperControl Product Director, Robert Kennedy said, “Sands is a charity that one of the committee team, John had raised funds for before with the Dumfries Hunters. The charity relies on donations, and as many of us at SuperControl have young children, Sands is a worthy cause we were keen to support.”

SuperControl is the online booking and management system used by 1,700+ self-catering owners, managers and holiday rental agencies to run more than 30,000 properties in the UK and worldwide.

It is the UK’s most fully featured self-catering solution on the market with offices in Castle Douglas and Scotland.